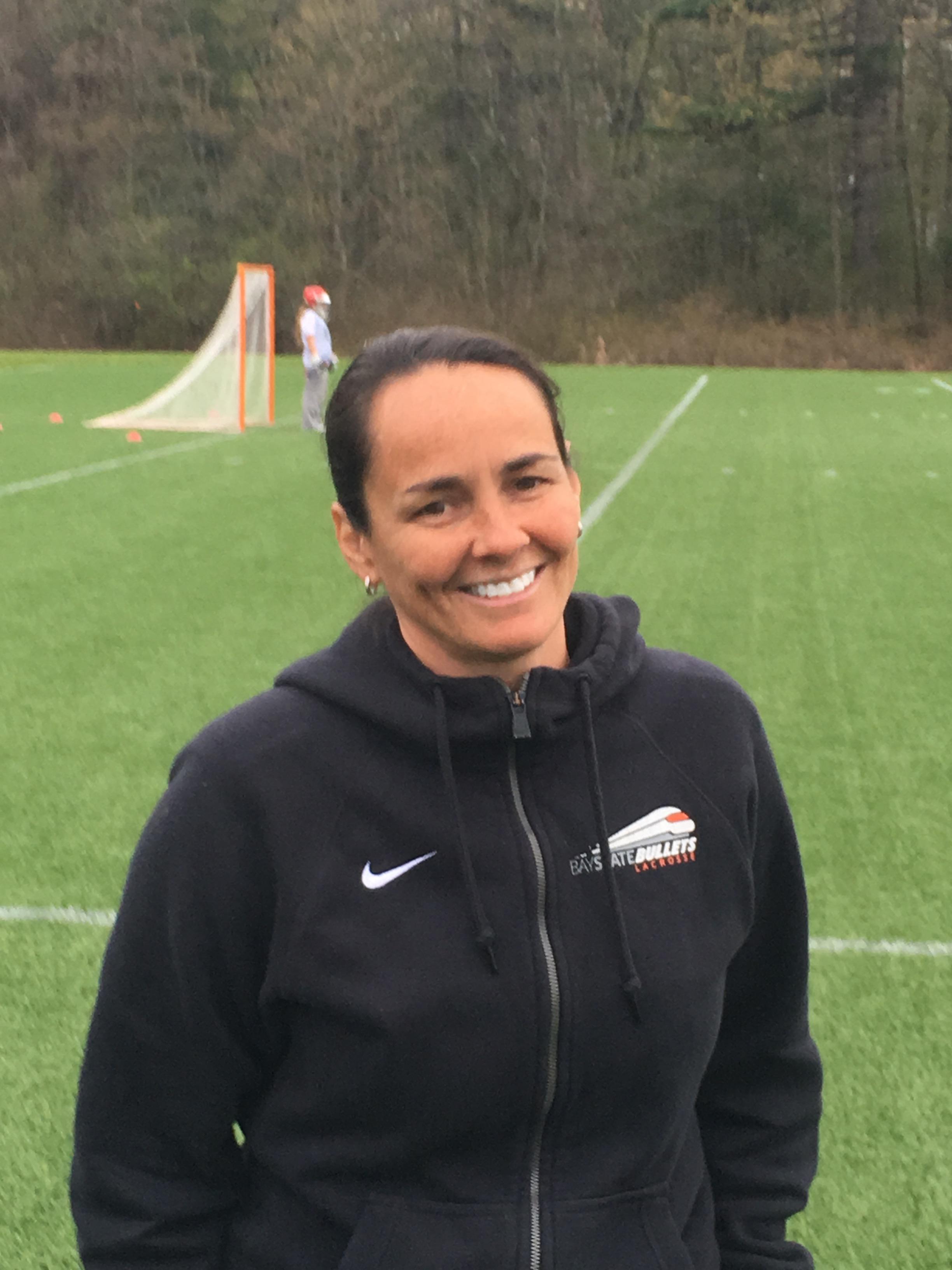 Director of Coaching and Player Development

DIRECTOR OF COACHING AND PLAYER DEVELOPMENT
As a player and a coach, Stacey Freda has been involved in girls' lacrosse in various capacities for over 2 decades. In that time, she has seen significant change in rules, philosophy and in the interests the sport has attracted. Her lacrosse coaching debut began at Billerica High School in 1997. By her final year in Billerica, Freda lead the Indians to the post-season and a semi-final appearance. The spring of 2001, Freda took over the head coaching reins at Framingham High School. For 16 years, she coached 13 All-Americans, 4 Bay State League "Players of the Year", and has coached multiple League, Globe and Herald All-Scholastic recipients. She led the team to 16 consecutive post-season appearances, 7 sectional titles, 7 league titles and 3 Division I State Titles. For her efforts Coach Freda earned Coach of the Year honors from the Boston Globe, Metrowest Daily News, the Bay State League, and Framingham High School.

In 2017, Coach Freda took over the Lexington High School girls' lacrosse program. In her two years at the helm, she has lead the Minutewomen to back to back MIAA Post-Season appearances.In her tenure as Varsity High School coach, coach Freda is nearing the 300 win mark.

Coach Freda first coached in the college ranks in soccer as an assistant coach for UMass Lowell in 1996 and 1997. She then coached soccer at Boston University in 1998 and 1999. Coach Freda made the move to college lacrosse coaching ranks in 2016 and 2017 as an assistant with Framingham State University. She has always enjoyed watching many former players find success post high school. She has been fortunate to witness dozens of alumni take their lacrosse talents to the collegiate level. Several of her former players have also pursued careers coaching on the youth, high school, and in the college ranks.

Coach Freda has remained active in the camp and clinic circuit. She has worked with US Sports camps for 17 years as a Lacrosse Director. Coach Freda has been involved in multiple sports clubs throughout her sports coaching tenure. During her club coaching stints, she has lead numerous teams to regional and national tournaments and showcases. In addition, she has guided countless players in their pursuits to play collegiately.

She has worked in various capacities in educating other coaches as well. She has been a guest clinician at coaches clinics for area youth organizations as well as for The Eastern Ma Girls' Lacrosse Coaches Association. Additionally, she was a girls speaker at the U.S. Lacrosse National Convention, the Massachusetts Athletic Directors State Convention, and the Health Physical Education Recreation and Dance regional convention. 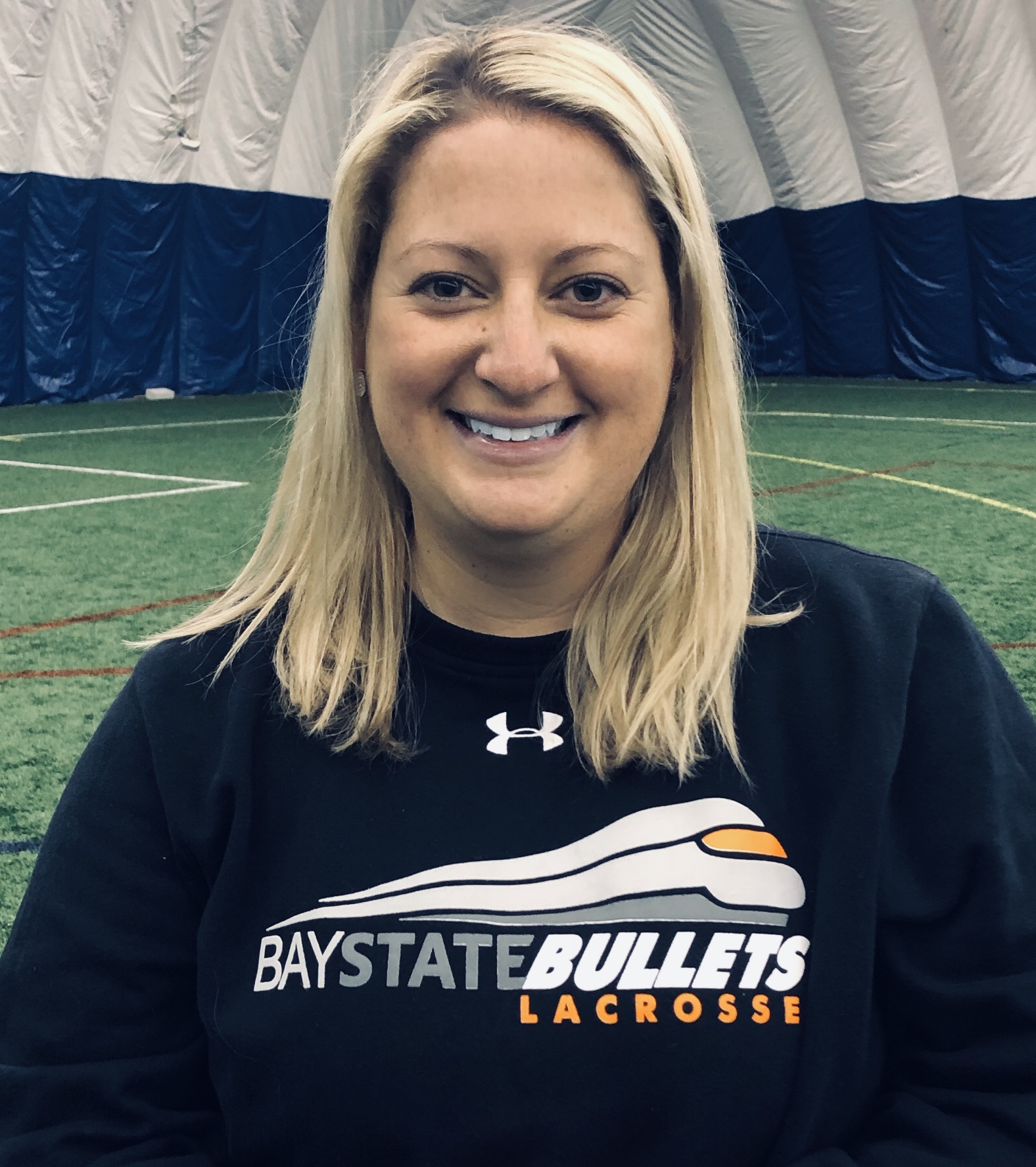 DIRECTOR OF LACROSSE OPERATIONS
Ashley Means attended Saint Michael’s College in Colchester, VT where she earned her Bachelor’s Degree in English Language Arts.  She played four years of Women’s Ice Hockey and was the captain of her team during her senior year.

Means is the Head Lacrosse Coach at Wayland High School.  Before Wayland, Means coached for eight years as the head of the girls lacrosse program in Natick.

Means sits on various lacrosse leadership committees aligned with growing the sport and playing within the spirit of the game.  She represents the DCL and serves on the MIAA Girls' Lacrosse Seedings Committee as well as the Eastern Massachusetts Girls' Lacrosse Coaches Association (EMGLCA) Post Season All-Star Committee.

Means is the Director of Operations at the Bay State Bullets as well as the Head Coach of our 2027 Silver team.  This past spring, Means completed her 13th varsity season.  In the 2018 season she led Wayland HS to a 23-2 record.  Wayland, the 2018 East Division 2 Sectional Champs.  In 2019 she was selected to coach a Mass/RI team at the National Tournament.  In 2020 Means was selected to Coach the New England Underclass Team at the Under Armour All America tournament. 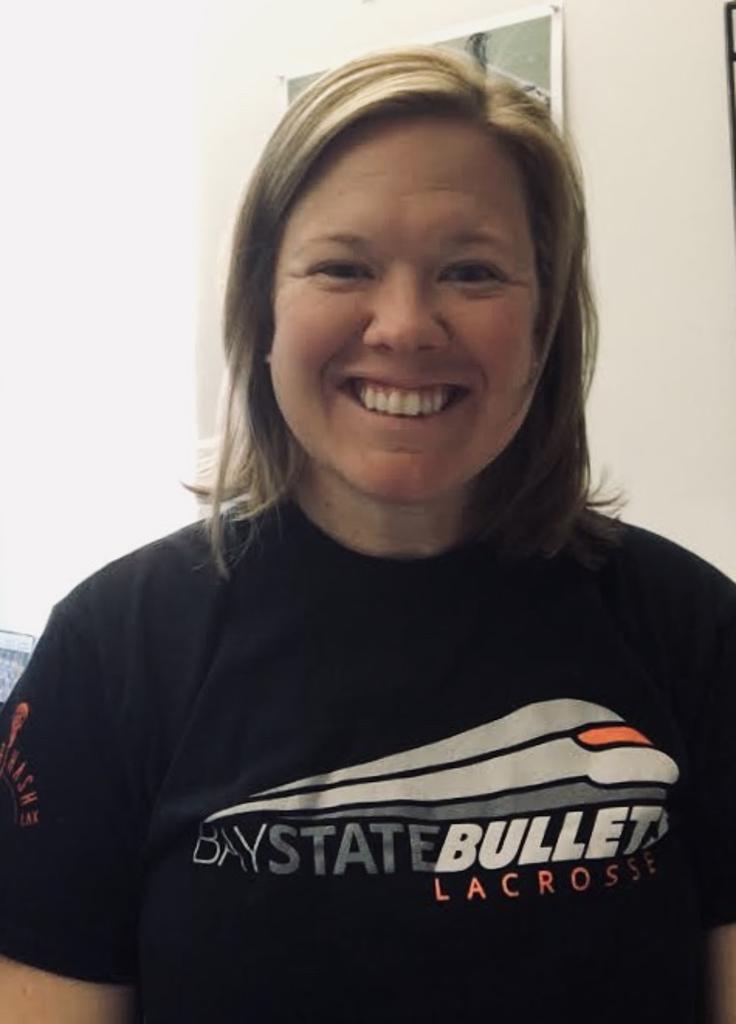 While Coach Downs was on the sidelines, the Lancers have posted a trifecta of 13-win campaigns to tie the school record for wins in a season (2013, 2014, 2015). In 2014, the Blue and Gold earned a berth in the MASCAC Tournament title game and vied for the ECAC Division III New England Tournament trophy in the championship match. In Downs’ inaugural season, the team broke the school record for wins and saw appearances in both the MASCAC and ECAC semifinals.

Prior to coming to Worcester State, Coach Downs served as the head coach of the varsity girl’s lacrosse team at Oliver Ames High for three seasons and served as an assistant coach for her alma mater, Bridgewater State. In both years, she helped the Bears earn a pair of LEC Tournament bids, two ECAC Division III Tournament berths and the squad won the MASCAC regular season title twice.

As an undergraduate at Bridgewater State, Coach Downs was two-year member of the women's lacrosse team and aided Bears in their run to the 2008 NEWLA Championship and ECAC Division III Championship game with 11 goals and two helpers in 20 games.
Coach Downs was also a three-time All-Little East standout defensive back for the field hockey team at Bridgewater State, as she was garnered with second team NFHCA All-New England honors in 2009. In 71 starts she totaled 16 defensive saves to go with seven goals and four assists for 14 career points. In each of her last three seasons she was among the LEC leaders in defensive stops. She also helped the Bears to the ECAC Division III New England Championship in 2007.

Coach Downs, who earned her Bachelor’s degree in Business Management from Bridgewater State in 2010, also holds her Master’s Degree in Athletic Administration from Endicott College in 2012. 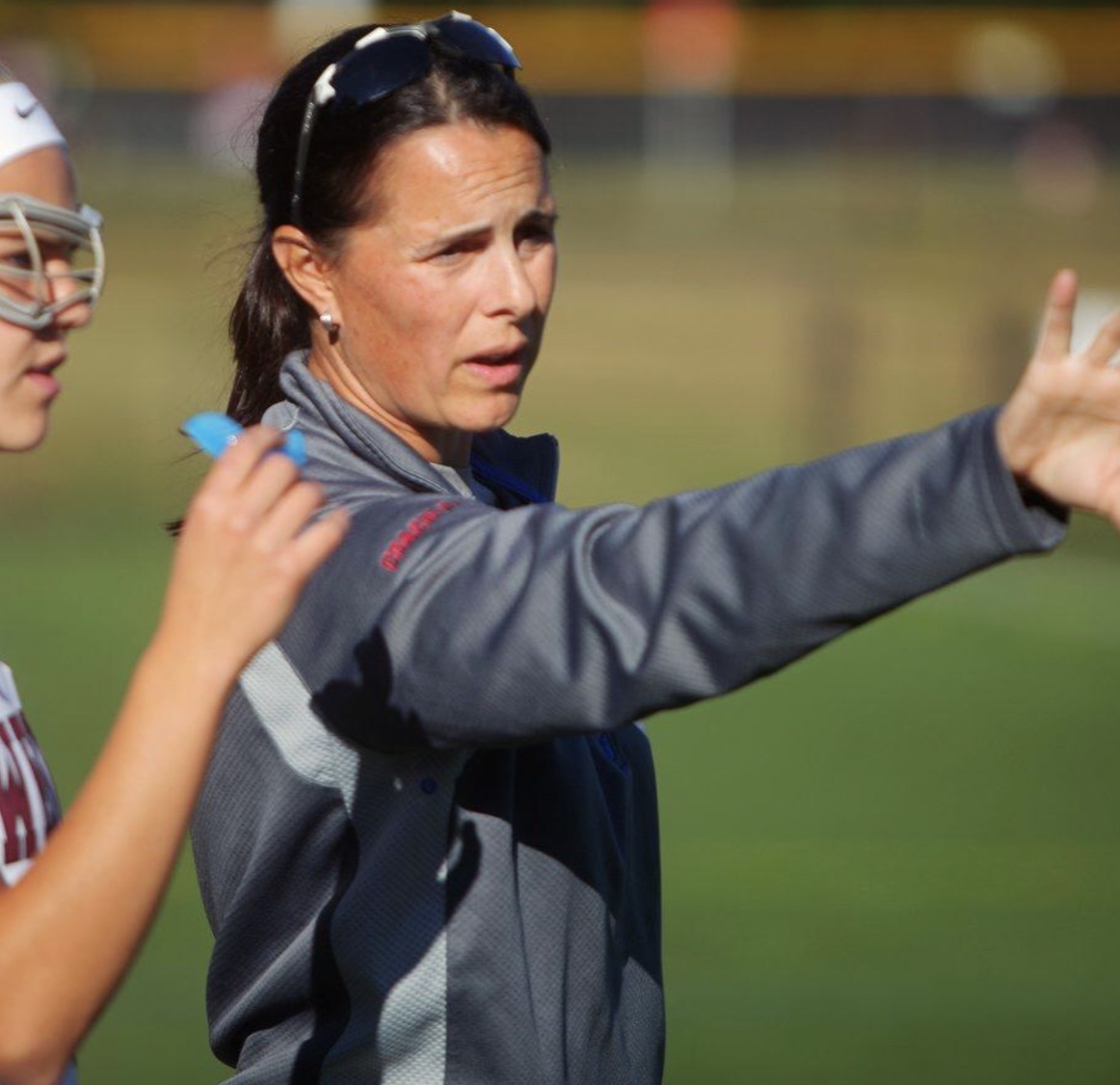 DIRECTOR OF SUMMER CAMPS
Laura Galopim has been coaching for 22 years at the Varsity level. She is the current Field Hockey Coach at Lexington High School where she has lead the Minutewomen to 4 consecutive MIAA post-season appearances.   Her overall record at the varsity level is 307-85-45.  Galopim has 10 league titles and five North Sectional Championships. The Wildcats won the Division 1 state championship in 2008 and were state finalists two other times. In the past 21 years, her teams have won 10 league titles, 5 North Sectional titles, and 3 State Final appearances.  She has directed  NIKE US Sports Camps since 2000.

Prior to coaching in Lexington, Galopim was the Varsity Field Hockey coach at Weston High School.